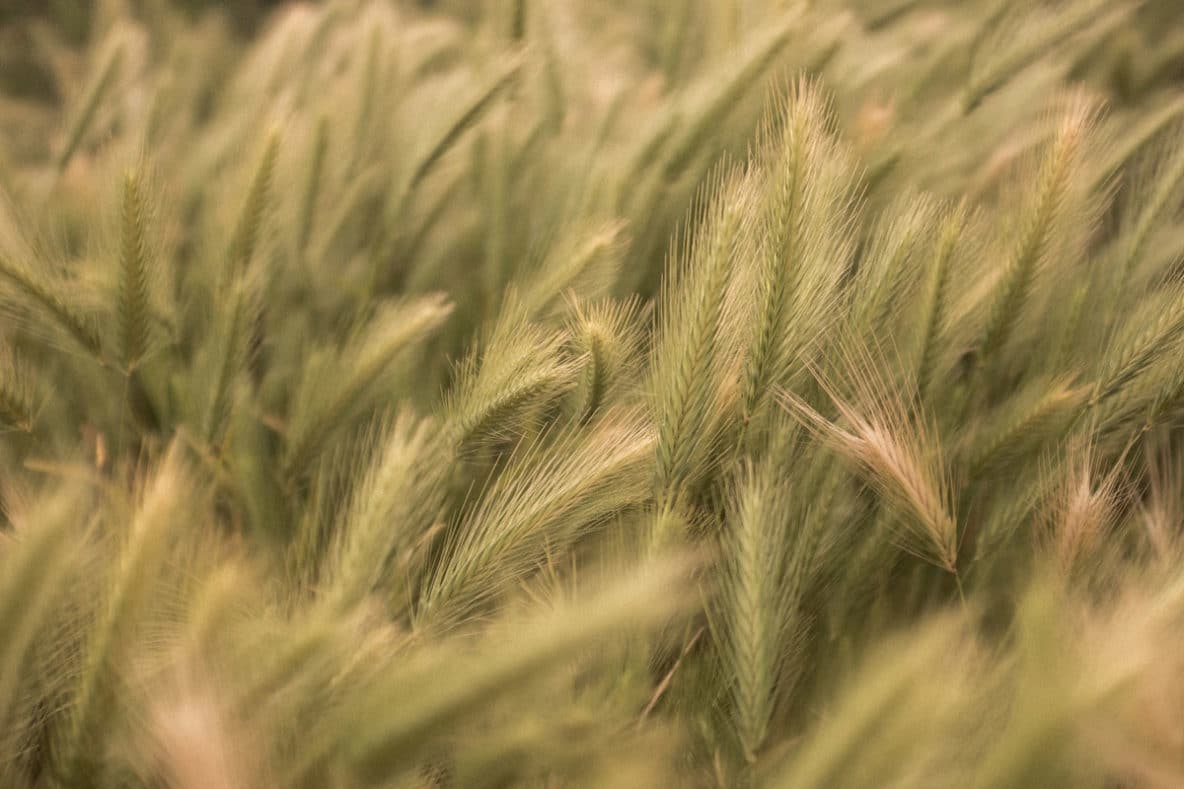 Attention-deficit/hyperactivity disorder (ADHD) is a multifactorial neurobiological disorder (Curatolo, Paloscia, D’Agati, Moavero, & Pasini, 2009) that affects between 3% and 7% of school aged children in the United States and is the most prevalent neurobehavioral condition among this population in many countries (Findling, 2008).  Although it may be the most studied condition in child psychiatry worldwide, its exact causes  and the exact mechanisms underlying this disorder are still unknown (Cortese, 2012).  It appears to be caused by the confluence of many genetic and environmental risk factors, each having a small effect on increasing vulnerability to the disorder (Curatolo et al., 2009).

ADHD is a highly inheritable condition with documented brain abnormalities and its symptoms persist into adolescence and adulthood in 37% to 85% of children, according to the National Comorbidity Survey (Findling, 2008).

2.  Historical Perspective of ADHD (How Has Our Understanding Of ADHD Changed Over Time?)

ADHD was first described over 100 years ago by George Still in the Coombs lectures of 1902.  He described this condition as an ‘‘abnormal defect in moral control in children’’.  Encephalitis lethargica, or sleeping sickness appeared as an epidemic during World War I, spread throughout the world, and disappeared in 1927.  After this epidemic, many children showed hyperkinetic behavioral symptoms including hyperkinesis, impulsivity, learning disability, and short attention span and were labeled as “minimal brain damaged” and later as “minimal brain dysfunction”.  In the 1950s, this label was modified to ‘‘hyperactive child syndrome’’.  In 1968 the disorder was renamed in the Diagnostic and Statistical Manual of Mental Disorders (DSM)-II as ‘‘hyperkinetic reaction of childhood’’. (Spencer, Biederman, & Mick, 2007).      During the 1960s and 1970s the focus on what is now ADHD was on motoric hyperactivity and overt impulsivity (Curatolo et al., 2009).

Dr. Jan Dunn provides Online Counseling in Texas to individuals, couples, and families. Telehealth
Video Therapy Sessions provides the same treatment as in person therapy sessions. Shifting the therapy office to a clients space makes therapy portable, accessible, confidential, and comfortable. In turn, clients often report feeling more at ease, less stressed, and more apt to open up and, in turn, therapy is more effective. The benefits far outweigh any concerns for most clients, as accessibility to care drastically increases and cancellations drastically decrease. Therapy is delivered in the comfort of your home – when and where you need it.

The DSM-III which was published in 1980 represented a paradigm shift in the diagnosis and treatment of ADHD because it began to emphasize inattention as a significant component of the disorder.  The DSM-III also recognized developmental variability in the disorder at different ages and allowed for a residual type if the remaining symptoms caused significant impairment (Spencer et al., 2007).  The DSM-III marked the beginning of attention deficit disorder with or without hyperactivity (Curatolo et al., 2009).  This definition was further defined in the DSM-IV which included three subtypes of ADHD:  predominantly inattentive, predominantly hyperactive-impulsive, and a combined subtype (Spencer et al., 2007).  The clarification of three subtypes led to new theories about the etiology and pathophysiology of ADHD within a more specific brain localization area (Curatolo et al., 2009).

A child with ADHD displays a considerable degree of distractibility, impulsivity, inattentiveness and other hyperactivity that is inappropriate for the child based on the developmental stage of the child.  The diagnosis of ADHD is made after careful examination of the clinical history.  Although ADHD is often observed in early childhood, the current guidelines for diagnosis begin at the age of four years, partly because many overactive toddlers will not develop ADHD.  Children with ADHD may have other common symptoms including low frustration tolerance, shifting activities frequently, difficulty organizing, and daydreaming.  Often these symptoms are pervasive but they may not occur in all settings (Spencer et al., 2007).

The three subtypes of ADHD:  predominantly inattentive, predominantly hyperactive-impulsive, and a combined subtype determine where children struggle the most.  Those children with predominantly inattentive ADHD may have more problems in school and struggle with homework and fewer problems with peers and family.  Since children with this subtype do not display as many behavior problems and are more likely to be female, they often are not diagnosed until late adolescence.  In contrast, children with excessive hyperactive or impulsivity symptoms may do better at school but they struggle more at home and in other less structured environments.  Children with combined subtype have the most co-occurring psychiatric and substance abuse disorders and are most impaired overall (Spencer et al., 2007).

As these children reach adulthood, many of their problems persist.  Previously, it was thought that symptoms would largely go away in adolescence, but research supports the persistence of the disorder and/or associated impairment in the majority of cases.  Although individuals may no longer meet all of the diagnostic criteria of ADHD, they may still suffer from significant impairment.  Diagnosing ADHD in older patients is more complicated for a number of reasons.  First, the original model of ADHD is the DSM-IV was a childhood disorder.  Field trials on children were used to determine the diagnostic criteria (Lahey et al., 1994) and major studies on children were used to confirm the model (Scholte, van Berckelaer-Onnes, & van der Ploeg, 2001) which is why some researchers have hesitated to apply the diagnostic criteria of the DSM-IV to adults (Stein, Fischer, & Szumowski, 1999).  A further complication of diagnosing ADHD in older patients is that evidence suggests that manifestation of symptoms may become more subtle with age (Riccio et al., 2005) although recent work has found that the lack of inhibitory control is the primary characteristic of adult ADHD (Amen, Hanks, & Prunella, 2008; Bekker et al., 2005).

Currently in order for an adult to be diagnosed with ADHD they must have childhood-onset, persistent, and current symptoms of ADHD.  Symptoms in adults often present with marked inattention, distractibility, organization difficulties, and poor efficiency.  These persistent traits often lead to life histories of academic and occupational failure (Spencer et al., 2007).   In addition, adults with ADHD can have serious emotional, relational, and work related consequences including higher prevalence of other medical and behavioral disorders and higher medical costs (Amen et al., 2008).

The most significant and consistent structural imaging findings in children with ADHD include smaller total brain volumes and reduced volumes, in the right frontal lobe, caudate nucleus, the cerebellar hemisphere and posterior inferior lobules of the cerebellar vermis. These early abnormalities of regional brain volumes have also been shown to change over time in children and adolescents with ADHD. Developmental trajectories study showed that volumetric abnormalities in the cerebrum and cerebellum persisted with increasing age, whereas caudate differences versus normal subjects disappeared. Cortical development in children with ADHD shows a marked delay in brain maturation; the gray matter peaks were about 3 years later than in healthy controls. The delay is most prominent in prefrontal regions important for control of cognitive processes including attention and motor planning (Curatolo et al., 2009)

4.  Physical Differences in the Brain (Are the Brains of Children with ADHD Different?)

Advances in brain imaging studies have significantly contributed to the biological understanding of ADHD.  Although many differences have been identified in the brain structures of children with ADHD, some of these differences are more consistent and more significant than others.  These findings include smaller total brain volumes and reduced volumes in the right frontal lobe, caudate nucleus, the cerebellar hemisphere and posterior inferior lobules of the cerebellar vermis.  These abnormalities change over time in children and adolescents with ADHD.  Studies have shown that although volumetric abnormalities in the cerebrum and cerebellum persist with advancing age, those in the caudate region disappear and are consistent with subjects without ADHD.  Another important finding is that children with ADHD show marked delay in the cortical development of the brain.  The gray matter peaks approximately three years later than subjects with ADHD and the delay is most prominent in the frontal regions which focus on control of cognitive processes including attention and motor planning (Curatolo et al., 2009)

This is the first study to establish neural effects of a cognitive training program in ADHD. Our findings provide preliminary evidence that training of cognitive functions targets critical syndrome-associated structures, and indicate it may improve cognitive performance by enhancing dysregulated fronto-cerebellar circuits. Interestingly, similar results have been demonstrated following methylphenidate administration, suggesting that cognitive training may mimic the effects of psychostimulant medication on the brain. On the whole, our results postulate a neural account for the potency of cognitive training in ADHD patients, and hold clinical implications, supporting the pertinence of training programs as part of standard ADHD-treatment (Hoekzema et al., 2010)

There is no doubt about it, ADHD is one of the more complex disorders that people suffer.  It impacts how one thinks, how one lives and how one develops relationships in one’s life.  It is highly complex and requires more than just medication.  In fact, the most recent research states that this disorder is a “chronic brain disorder”.  Which means that it is a life long disorder, people are born with it and they die with it.  It impacts a person for their entire life.

It is important to see a provider who truly understands the complexity of ADHD and how best to help.  It is important for the provider to take a multi-interventional approach to helping the individual and/or couple with ADHD.

1.   Medication is certainly important and finding the right medication for you can be challenging; however, very important if you want to have better control of your symptoms.

2.   It is also important to eat a diet high in proteins since the person with ADHD requires more than the average individual.

3.  Exercise intensively at least 20 minutes daily (more if possible).  It has been proven that intense exercise changes the chemistry of the brain, making the brain function better.  Sounds like a good idea for folks who have ADHD!!

4.  There is also a growing body of knowlege that support taking vitamins and minerals to help boost what the ADHD brain needs nutritionally.

Therapy plays a critical part in helping the ADHD individual, parent and/or couple because this disorder is often minunderstood.  It can create so many problems in a marriage that often the ADHD individual has difficulty remaining in a long term relationship.  It takes skills and understanding for marriages to cope with this disorder.  Parents often do not understand the complexity of this disorder, wondering why their child is having so many problems after starting medication.  Medication is only part of the solution.  Specialized parenting skills are needed to help the parent who has an ADHD child.  I call this trainig the “graduate course” for parents.  Adults with ADHD need assistance because they often have years of failed attempts at relationships, school, work.  These failures result in negative “self talk” which often leads to mood disorders.  It is not uncommon to see young adults with ADHD also suffering from anxiety and/or depression.  They need to learn more about their brains and how best to navigate life to create successes versus failures.